Shayne Smith: There’s Nowhere to Go but Up 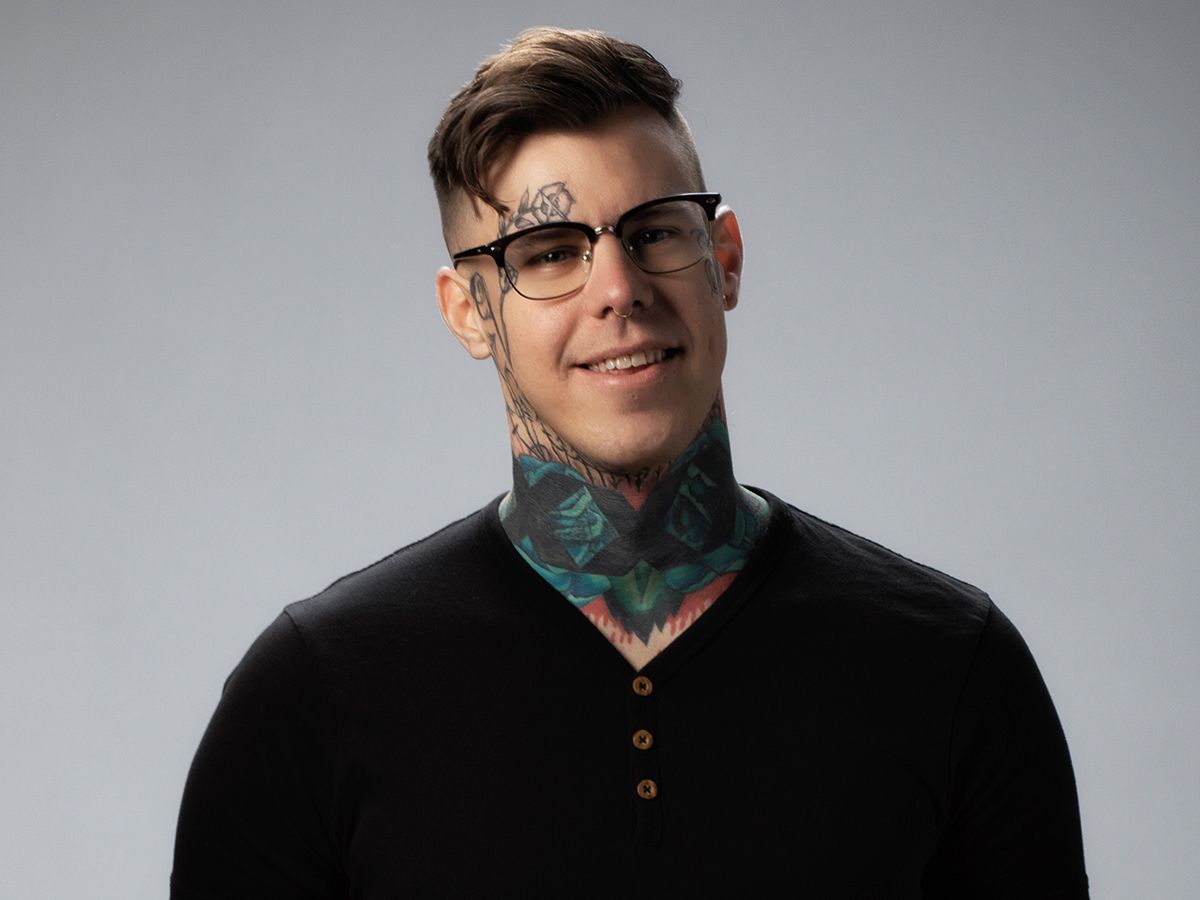 A former gang member and heavily tattooed before he was out of his teens, when Shayne Smith decided he wanted to head down a different path, he discovered that many people weren’t willing to give him the chance to do the things he wanted because of his appearance and past.

Unfulfilled by the jobs he could get, he decided to take control of his future and make things happen for himself by embarking on a new journey and entering the world of comedy. Fast forward several years and Smith is now an award-winning comedian and podcaster.

We spoke with the fast-rising American stand-up comic for Go Magazine about the benefits of being optimistic, dealing with negative feedback and why it’s important to keep moving forward no matter what happens.

What’s some of the most memorable career advice you’ve ever received?

I think some of the most memorable advice I’ve gotten was simply “be funnier.” Some people may think that sounds harsh, but I took it to mean that I needed to work harder.

When it comes to advice, I think that people tend to overthink things and think that someone’s going to have some big profound thing to say them. You always want someone to tell you, “This is the one thing you need to do, and then you’ll be the best.” So, for me it was this weird sort of moment where things were so simple and obvious like, “You didn’t mess up. There’s no weird secret that you don’t know. You just need to keep working harder and getting better.”

What made you choose comedy as your career path?

I basically had no other options. I had no education and too many tattoos to enter any sort of government job or normal workforce situation. I was working a bad nine to five and I just thought, “This isn’t fulfilling. I have no goals. I have no aspirations. I’m just sort of surviving.” And I really wanted out of that situation. I’d always wanted to do comedy, but it felt very far-fetched. But here’s the thing: when you’re on the very, you’re like, “Well, there’s nowhere to go but up. I might as well try. It’s better than nothing.” So, I started doing comedy.

Has that “there’s nowhere to go but up” mindset helped you to deal with the grind, especially in those early years of doing comedy?

Oh, absolutely. I think for a lot of comics – and just for anyone who is trying to do something at a very high level and is struggling – it’s very helpful.

There’s also a part of it where people with backup plans will give up more easily. But that was never an option at all for me.

I think in a certain way, every comic has their own hills to climb and things to overcome. Some more than others. And I think that for me, when I started people were looking at me and not listening to me because of my tattoos.

I learned that getting people to look past my tattoos is usually addressing it so that they know that I know, and just talking about it so we can all move on. If I just go up there and I’m like, “What’s the deal with pistachios?” They’re like, “No, no, no, no. Stop talking about that and what’s going on with how you look right now?” You can feel them not allowing you to move past it. So, the way you deal with it is by confronting it head on immediately.

I’ve dealt with that a lot in my career, but not so much anymore.

Has performing always come natural to you or was stage fright ever an issue?

I had lots of stage fright at first, which I thought I wouldn’t have because I had a background in music and always felt very comfortable onstage. But comedy specifically gave me this intense stage fright and it took me so long to get over it. About a year in, I started reading about ways people get over stage fright and get over public speaking because it’s the number one fear among people.

I found this guy, Tim Ferriss, and he would do things like immerse himself in uncomfortable situations socially so that he would later feel less uncomfortable in social situations where he was supposed to be. He would do things like lay down on the floor in Starbucks. He wouldn’t try to be in anyone’s way. He was just being a crazy person and people would stare at him and say, “What’s this guy’s problem?” It’s almost like fear immersion therapy. So, I did weird stuff like that and it feels corny to say but it really did end up helping.

You’re known for being a very optimistic person. How has having a positive outlook been beneficial in your career?

It’s mentally helpful in comedy because you deal with so much failure and negativity. Honestly, being able to laugh at the bad times and see things in a positive light is absolutely invaluable. I know lots of overly cynical people in so many career fields and it stunts their growth or just makes them miserable.

How have you learned to deal with failures and big career opportunities falling through?

When you think something big is going to happen, you’re so hopeful and to have that snatched away from you is tough to deal with. I’ve always tempered my expectations and excitement when big opportunities arise because nothing is guaranteed in this business. Until you’re actually doing the thing, it’s not yours. I try not to be entitled to anything. Even with things people tell me I’m going to get to do, I have zero entitlement. I just hope it happens, and then if it does happen, I do it to the best of my ability. After that, I let myself feel good about it.

So regardless of what happens, it’s important to just put your head down, keep doing the work and trying to grow.

Exactly, exactly. Just focus on what you can do and do your best to keep moving forward no matter what happens.

You said that there’s a lot of negativity in your profession. You’ve got a big online following. How do you deal with negative internet comments?

When you first get popular online and see all of these comments that are available, you’re like, “Oh, what is this?” And then you read everything and you very quickly learn, “Oh, this is horrible.” For all the positivity you get, there is so much negativity. It’s crazy.

I used to read them, but now I don’t. I have videos with millions and millions of views and I don’t go to those places. That’s the dark place. You never go there. Of course, some of the stuff does reach you still. I’ve been harassed as bad as anyone can get harassed, so I’m pretty thick skinned. But if someone tells you that no internet comments get to them, they are 100% lying. They’re the same kind of person that says, “Tattoos don’t hurt.” Sometimes they don’t, but you’re lying if you say that they’re painless all the time.

How has your definition of success evolved over the last few years as your career has grown in stand-up?

At first, success was strictly monetary. It was all about making enough money to live, but I wasn’t ever trying to be rich. I just wanted to be able to live off of comedy regardless of what that looked like. Honestly in my mind, I was like, “If I can make $10,000 a year, I’ll eat nothing but SpaghettiOs and will find a way to make it work.”

Now I am living off of comedy and I’m making more than $10,000 a year, but I’m not rich by any means. I want my career to keep growing, but I don’t care if I make more money. If someone was like, “You could be a comic for the rest of your life. You’ll never make more than you’re making now, but you’ll make enough to get by.” I would take that deal for sure. Now the barometer for my success is if my audience is growing and if people are finding me funny. When I have good shows, I feel like that’s success. When I post things online that people respond to positively, that’s success. Now that I have an audience, doing my job the best that I can for that audience is more important than any monetary thing.

Is there anything you’d like to see changed about the world of insurance?

I wish it was easier to understand. I don’t understand insurance at all. And I wish I had it! I really should get insurance.

Find out more about Shayne Smith at his official website here. Gore Mutual is a proud sponsor of the 2020 Kitchener-Waterloo Comedy Festival. The event takes place from February 26 – 29 and includes performances from top comedians including Smith. Learn more about the event here. 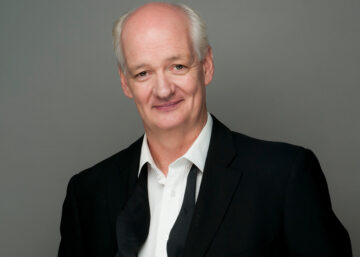 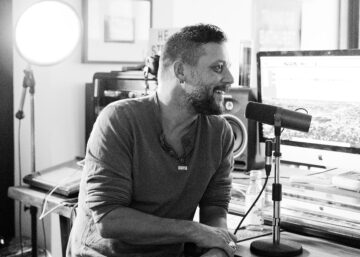 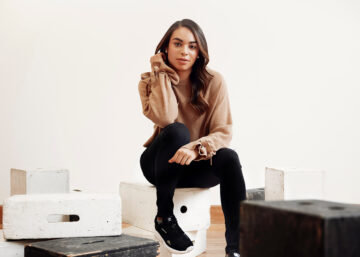